It was a bit last minute, but I was here Monday night: 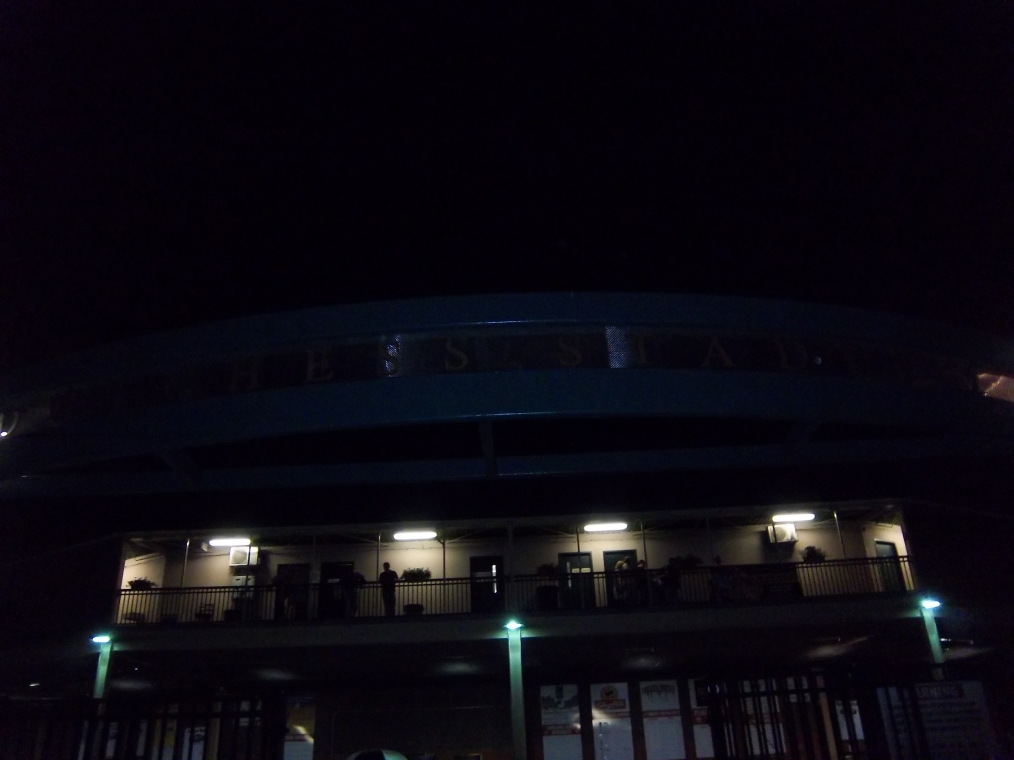 Sorry for the dark picture, I forgot to take one during daylight. It is Dutchess Stadium, the home of the Single-A short season Hudson Valley Renegades. They are the affiliate for the Tampa Bay Rays. I’ve been here plenty of times, and my personal record here is 5. You have a good chance of finding an easter egg or two here, and a toss up. The Renegades were playing the Williamsport Crosscutters. Since it was last minute, I didn’t get in when the gates opened. When I did get in, I headed over to left field because this was going on: 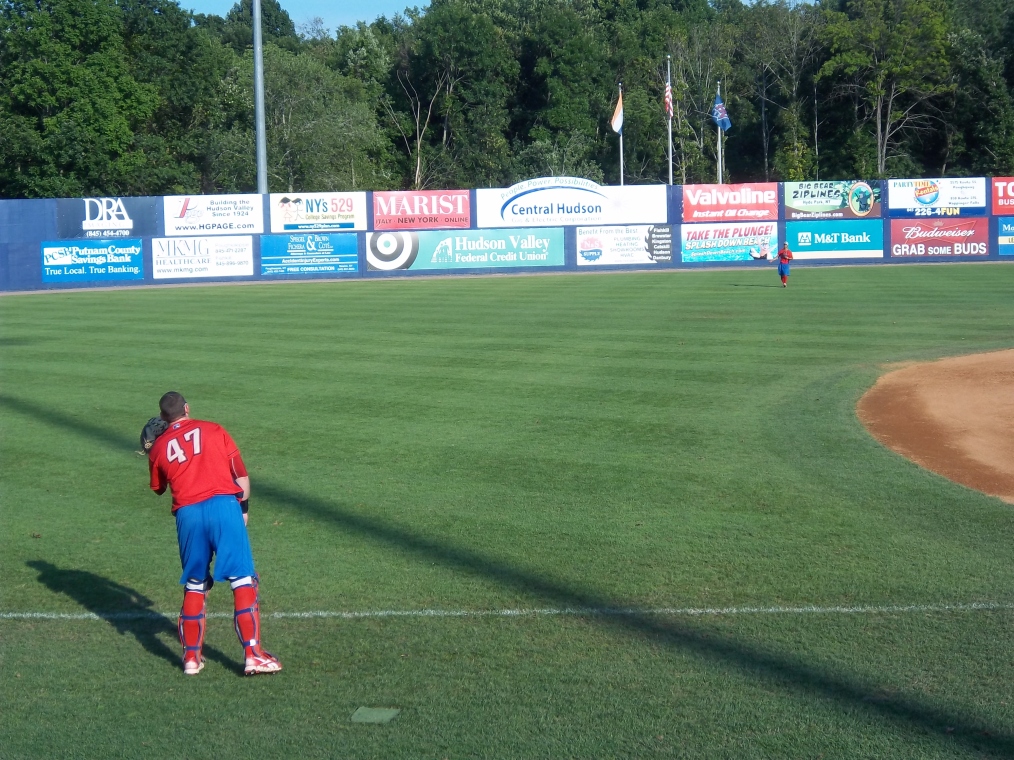 Catcher Kevin Quaranto was having a long toss with some other player, and I got him to toss me his ball after he was done. Minor League balls get used a LOT more often than MLB ball, just take a look: 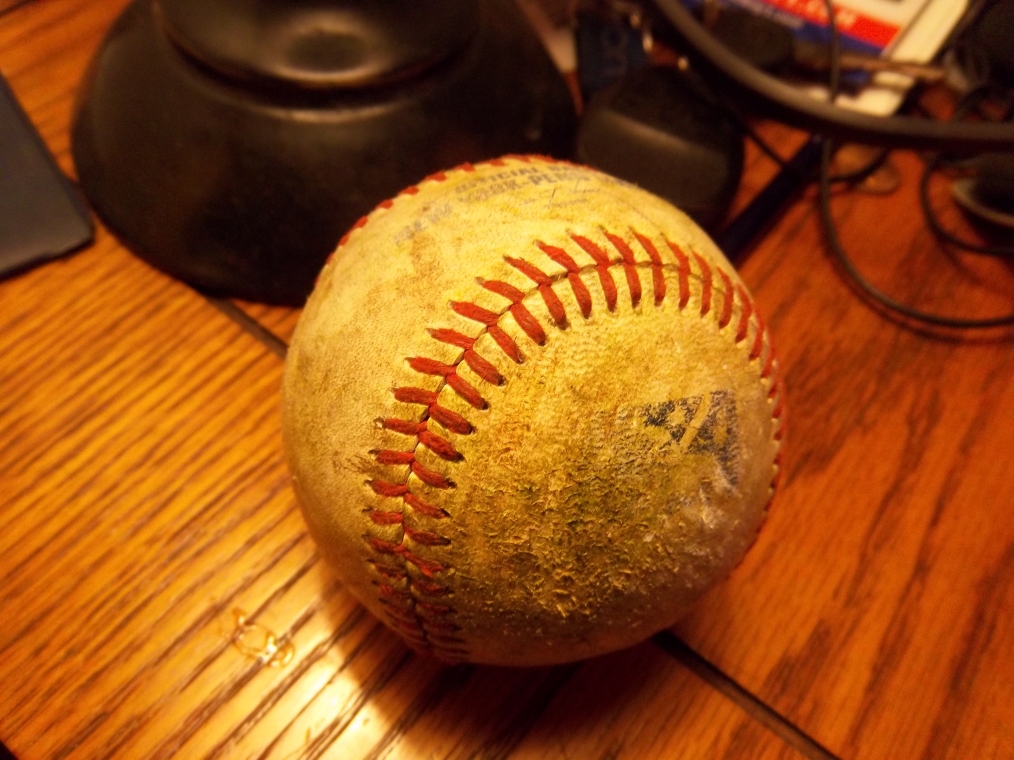 I have a few more MiLB balls in my collection, most look like this. Pretty cool.

A few of the Renegades recognize me, so they always say hi when I go. I figured I’d try my luck over on the 1st base side:

A few minutes later, there was a whole group of kids from a camp in front, so I knew the players wouldn’t throw me one and risk hitting someone. Once the game started, my two friends (Brian and Rich) and I hung out here:

…Where I narrowly missed getting a foul ball. It hit off the gutter on the roof behind me and darted to the right. So close.  Later we moved down by the dugout (where I’ve  gotten a few third out balls before):

…but came up empty. Later I sat over on the first base side…

…because the clubhouses are behind the right field wall, and tried to ask the home plate umpire Blake Carnahan for a ball. I saw he threw a bunch by the dugout, and when he got to me, he was all out. There was a father/daughter dance on the field, so that was my cue to head out.