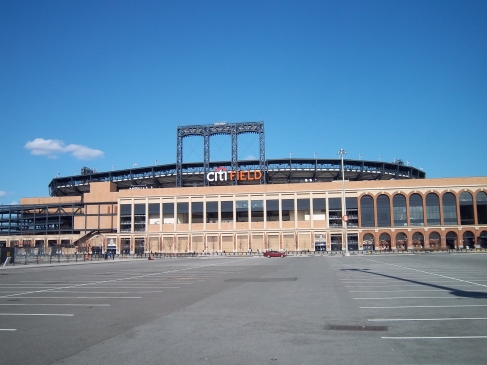 I wasn’t about to spend 50+ bucks to watch the Yankees get beat by Boston again across town. I decided to go for the more cost-efficient, $10 ticket vs. the Padres. I got to the park around 3:30. Did I get there early enough? You decide: 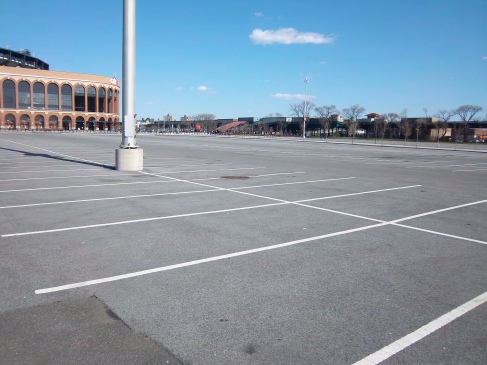 Needless to say, I was the first in line: 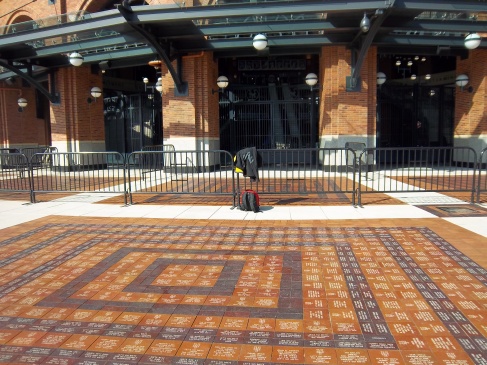 Somehow though, a few people managed to cut me. Oh well. I looked up at the flag above the rotunda: 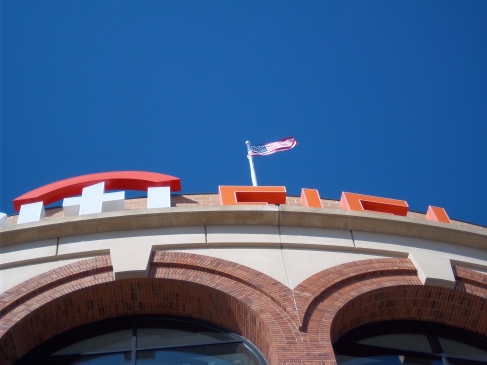 The wind was blowing in. This was going to put a damper on BP, not to mention it felt like it was 20 degrees out with the wind. I had around 4 to 5 layers of clothing on, so it limited my movement a bit. Shortly after, I met up with Zack Hample (you should know him by now) and hung out at the gates for a bit. He had some friends with him, who are also ballhawks. Here is a picture from his blog of everyone there: 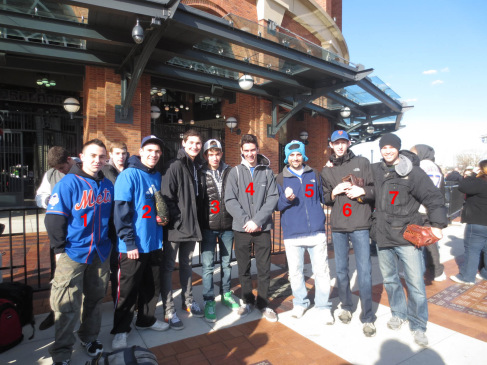 It was nice to meet some new ballhawks, but it was gonna be a crowded night in the stands. Onto BP…

I decided to head to right field instead, since everyone was gunning for left. I let Zack in ahead of me, and he wound up getting 2 balls off the bat in 10 seconds. When I got to right, this is what I saw: 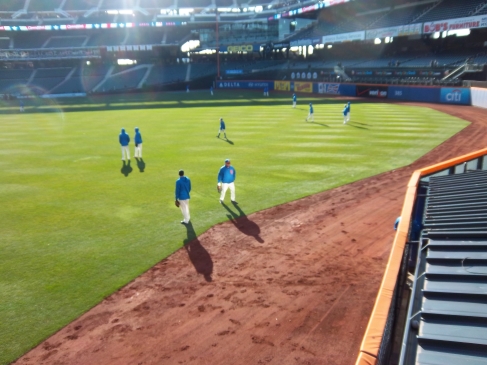 Did you notice what I noticed? Take a closer look: 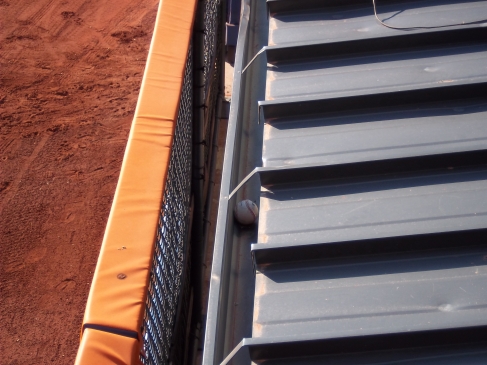 I couldn’t figure out how to get that one. I looked around for a worker, or to ask a player to try and get it for me, but I eventually gave up. I later got my first ball of 2013 from bullpen coach Ricky Bones: 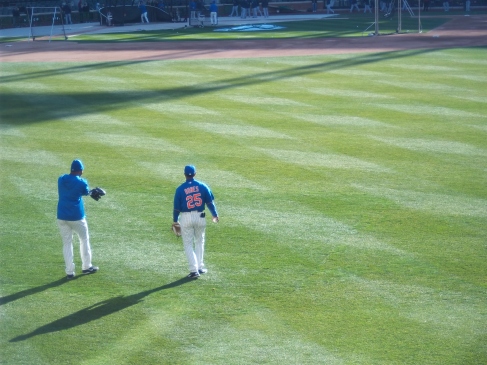 Things died down a bit after that. Any ball that came out there was going to Bones, so I knew I wouldn’t be able to get 2 from him. So I noticed nobody was up in the second deck in left, so I decided to try my luck there: 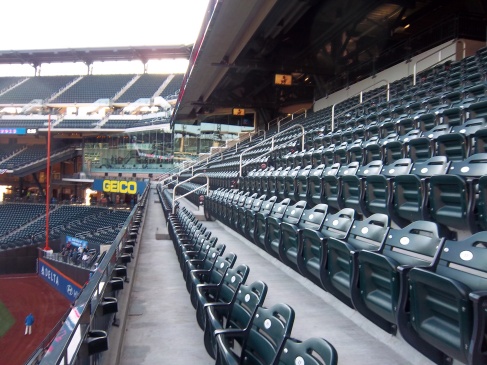 As you can see, the Mets were about to head off and the Padres were coming out, so I threw on my Padres shirt: 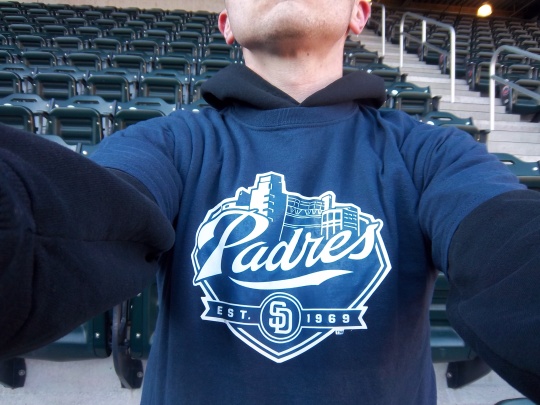 Nobody looked up at me. The Padres did their tossing and usual things, but maybe it was because of the weather or because they are the Padres and they know they suck, but they didn’t toss much up. I was still the only one up there, and I felt like I was wasting my time. I then went down in front of the Party City Deck: 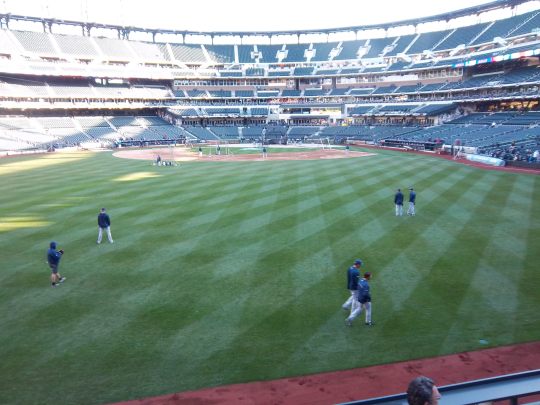 …. and nothing. I walked around by the Padres dugout, and then this happened: 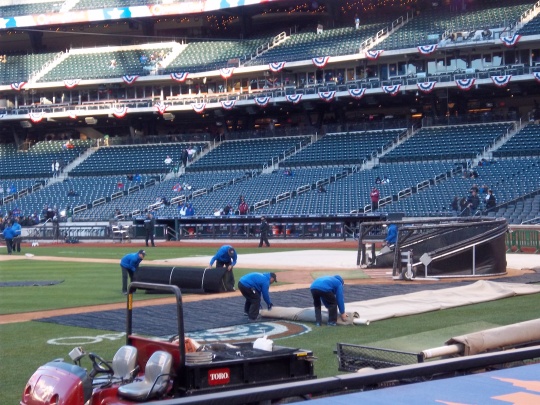 Lame. I hope the Padres lose 110 games this year. Shouldn’t take much prodding. I hung out in the same area to try and get a pregame ball: 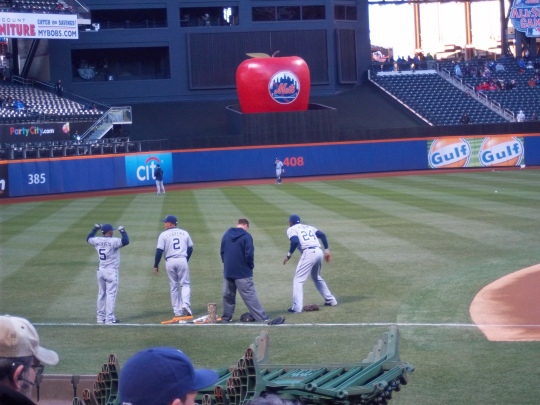 … but they threw it too far to the left.  As for the game, the weather got much colder. I didn’t take many pictures, or move around much, although I should’ve. Everyone else was going for third out balls. I set my goal for 1 earlier in the day since all the ballhawks were in attendance, so I was happy with my hot chocolate: 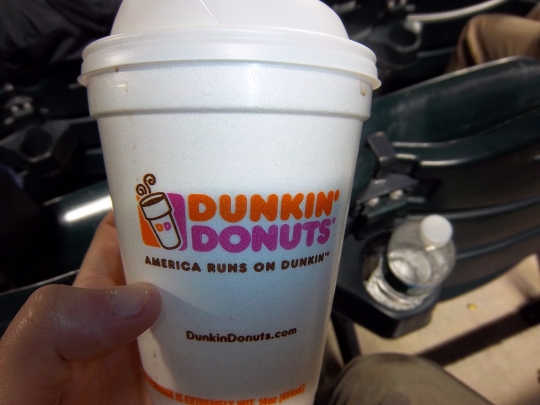 … a little later, I happened to see this: 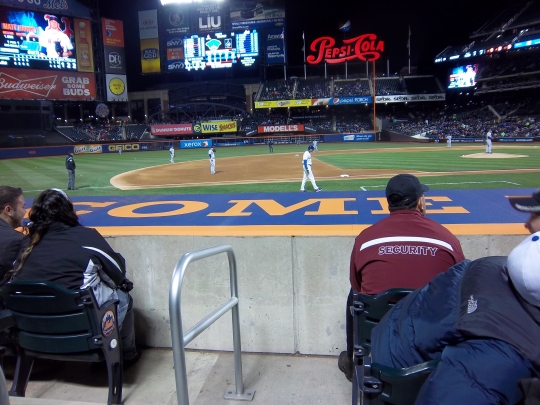 The rows around me were all empty, except for a guy in his mid-forties trying to hit on these two girls, and two equally annoying guys behind them trying every cliché icebreaker in the book. More importantly, I would mostly be uncontested for a third out ball. So after David Wright grounded out to end the 6th inning, I quickly went down to the dugout, looked to my left, saw Zack next to me, and to my right was some kid who thought it would be a good idea to step on my shoes and elbow me in the head. As Yonder Alonso tossed the ball to my right, the kid elbowed me in the neck, the ball rolled off the dugout, onto the ground, and I put my sneaker over it, pinning it to the ground. The kid then managed to knock me down onto my ass, yet when I got up, I couldn’t see who it was. ANYWAY, I had the last laugh: 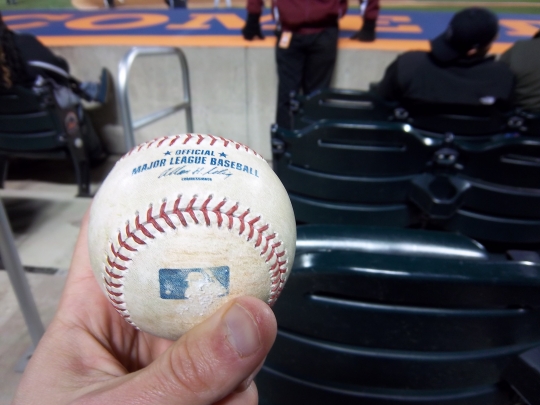 HA HA! Eat it, kid.  My first 3rd out ball ever. The Mets faithful were in full swing in the 9th inning: 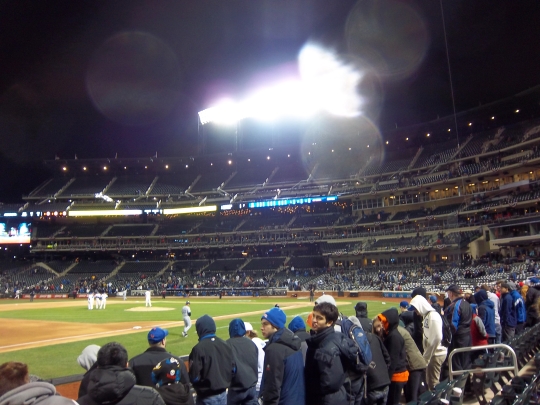 I then decided to head to the umpires tunnel to get a ball from Jerry Meals, but to no avail. Final score: 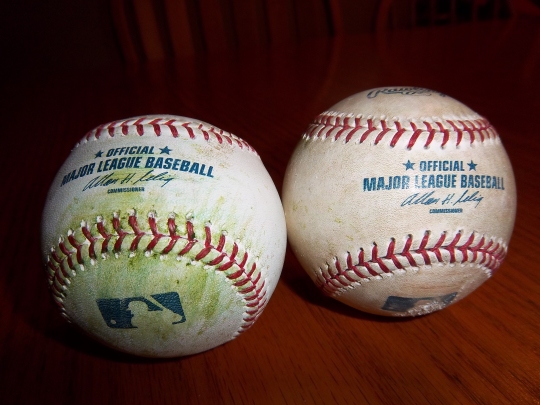 I also checked these balls for invisible ink: 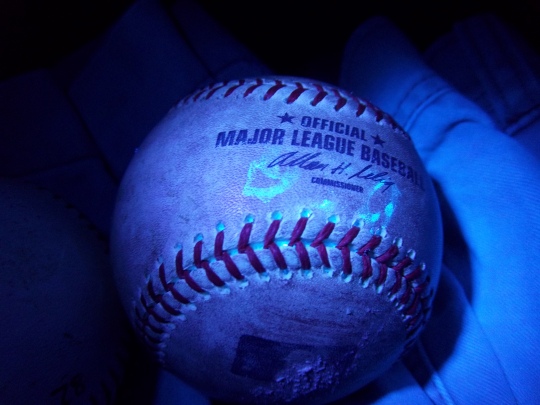 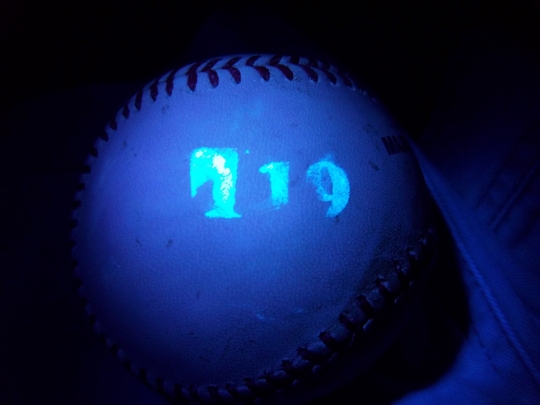