A week had passed, and I was back at Citi Field: 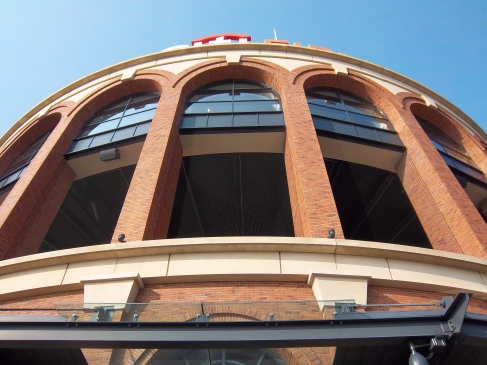 I had bought tickets for this game before the Phillies game, as a backup in case I didn’t snag any commemoratives in Philadelphia. I saw Zack was at the gates a few minutes after me, so we did the usual hanging out before the gates opened. I already knew he was going to left field, so I tried my luck in right field (which was a wise choice because a group of lefties was hitting) and headed down here: 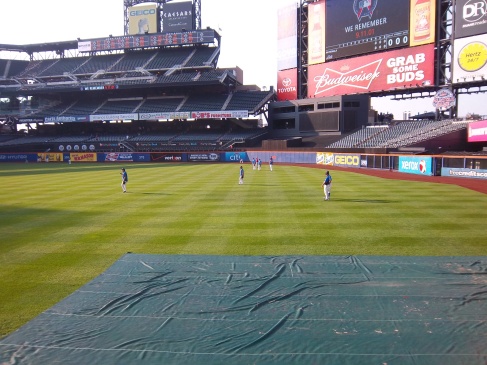 …and got Tim Byrdak to toss me my first ball of the day. In usual Mets fashion, nobody hit any homers, so I didn’t overuse my toss up requests in right field. I hung out there for a little more and moved into center field and feasted my eyes on this: 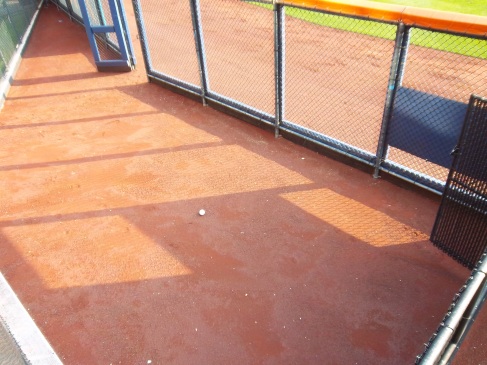 I was so tempted to use my cup trick to move it closer towards me, but I didn’t want to piss off the security guards. So I kept my eye on it for the time being, and focused on the field. A few Mets tossed balls up into my section, but I didn’t grab one. And… that was about it for Mets BP. I got a Mets groundskeeper/security guard to toss me the aforementioned ball to me for my 2nd ball of the day after the Mets jogged off.

It was the moment of truth, as the Nationals came out:

They do this routine where one relief pitcher runs out as if he’s going on a football route, and another relief pitcher tosses them a ball, and so on. They ignored me for the most part, so I headed into the seats to try and snag some homers. For some reason, I made a ton of mistakes tonight. I misjudged two balls, and on a third, I could see Zack running towards me in my peripheral vision. So my natural instincts made me look over, and in that half second, I misjudged the homer and it tipped off my glove into the aisle. That one sucked. A couple of pitches later, I caught an Anthony Rendon homer on the fly in the 1st row in front of the Party City Deck. So I redeemed myself. For the record, the Nationals were NOT using commemorative balls, so I was glad I decided to go last second to Philadelphia the week before. I headed over by the dugouts, where I saw Jeff Kobernus talking to someone I’m assuming he knew: 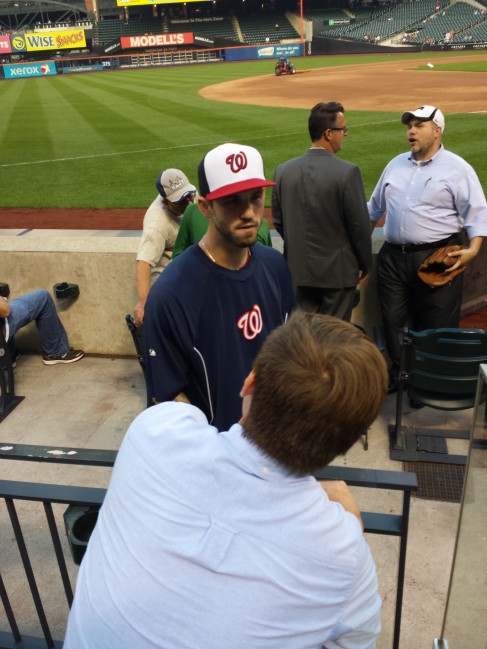 I asked him if he could toss me a ball when he got the chance, and he said he would. After he disappeared, I screwed around on my phone until I saw these guys come out:

If you hadn’t noticed, it was 9/11. I was at the Mets game in 2012 on 9/11, coincidentally against the Nationals, and coincidentally because they were using old commemoratives. It was time to pay respects and view the ceremonies:

I also failed to snag any of the pregame balls. Kobernus never came out, either (LIAR!). If you’re a kid (or look like one), hang back a bit and get Ian Desmond’s attention. You’ll probably get a ball. I sat out here for the game: 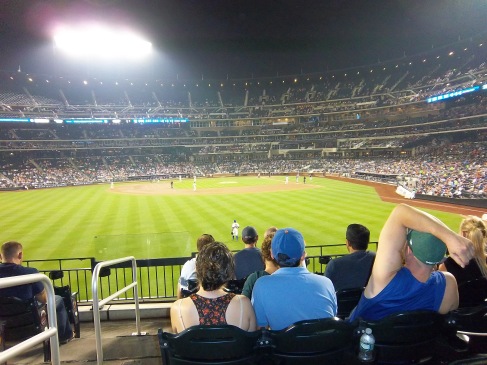 Normally I sit by the dugouts, so why was I out here you ask? Take a look:

The way the Nats were hitting this series, I couldn’t pass the opportunity up. Of course, nothing came my way, except a Ryan Zimmerman home run that landed in the party deck.

My day will come.

At the end of the game, I took a shot of the Shake Shack sign in center field, because it has the same piece of the scoreboard from Shea Stadium that shows the NYC skyline, so I felt it was my duty as a New Yorker to take this photo: 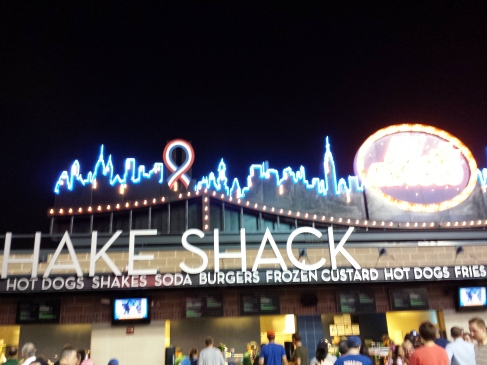 and then I made the 1 hour drive home. Final score: