This game was fun for a few reasons. First, this was the 1st time I’d ever seen the St. Louis Cardinals at a ball game ever. I had now seen every team play live, which was kinda cool. Also, I skipped my grad class at night (shh) and went to the game. I’d had enough.

I decided to start the day out in the right field corner: 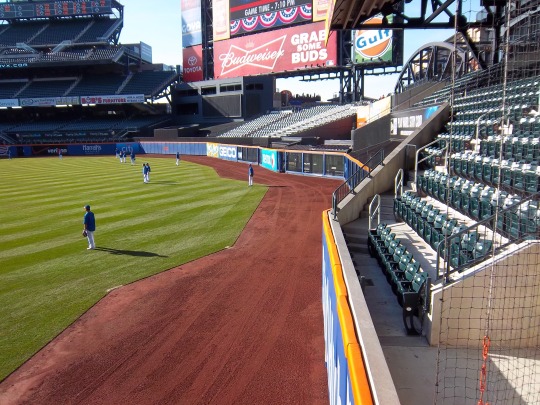 Sometimes I like to go there first because everyone rushes to left field. Usually I have a friend hold a spot in line for me and I let them go in first, so by the time I get to left field all the good spots are taken. Once I was there, I found Daisuke Matsuzaka: 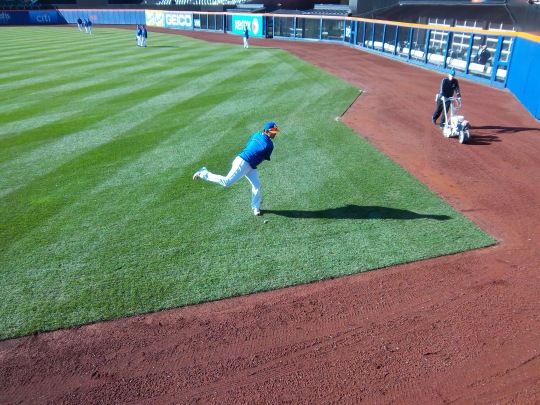 After he did his drill players do where they throw the ball at the wall and field it, I asked him for the ball in Japanese and it actually worked! That was the first time I tried it and it worked, so that was very fun.

I later moved over to straightaway right and got Dillon Gee to toss me this one:

The Mets were done, so I headed to left and waited for the Cardinals to hit:

Now, plenty of ballhawks have told me that the Cardinals aren’t the friendliest of teams. I try to give everyone a fair shot, but man, these guys are just rude sometimes. I had Cardinals gear on, and I got pretty much ignored. Even the kids. I wonder if there is a rule they have in place or something. I get that they don’t HAVE to give anything away, but still. C’mon.

One example in particular – I was standing along the left field foul line when a little girl asked Trevor Rosenthal for his ball. He looked at the ball, and proceeded to launch it across center field into the black batter’s eye. I’d never seen that before. Look at the photo above if you need a reference.

Shortly thereafter, the Cardinals ran off: 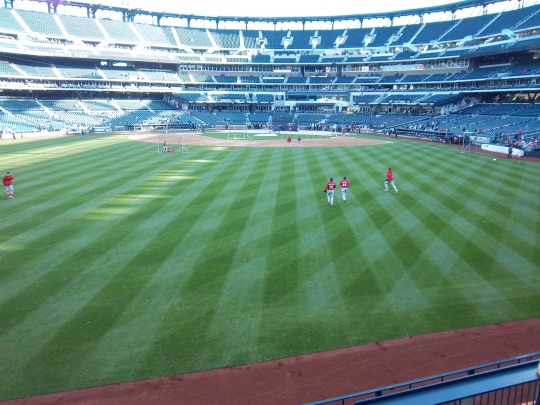 I do remember that a St. Louis player hit a home run into the area between the original outfield wall and the wall that the Mets moved in a few years ago, and I got a security guard to toss me that one for my 3rd of the day.

My seats were pretty good, and the Mets were wearing camo uniforms for the game, but otherwise not much more action here.

3 balls at this game