My first game of 2014 at Yankee Stadium was… frustrating to say the least.

I got there early and headed inside. I wasn’t there early enough to try and find easter eggs in right field, so I perched up here for the time being: 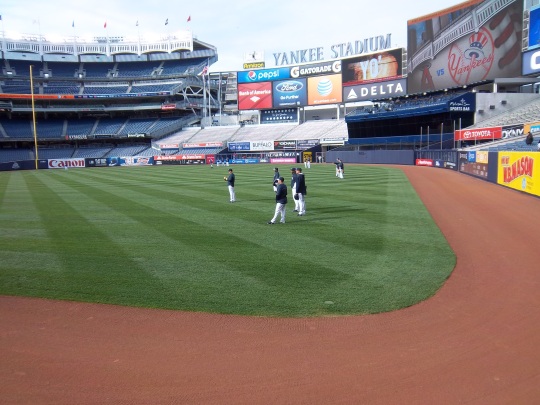 Every time I come here I am so indecisive. I always think of going up to the second deck, but I wind up going against it. The days I don’t go up there, Ichiro swats a good 5-6 homers up there unattended, and they bounce back onto the field. The days I go up there, absolutely nothing. It really is hit or miss if you decide to try it.

So, I tried today since the Yankees weren’t really looking at who toss ups were going to, and I’d be by myself in the 2nd deck. It isn’t too terrible a view either: 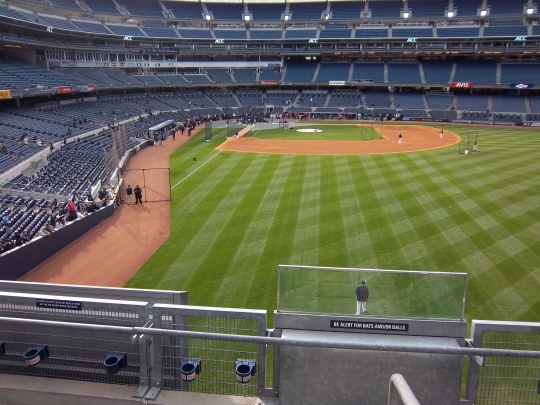 Plus, I had the whole section to myself: 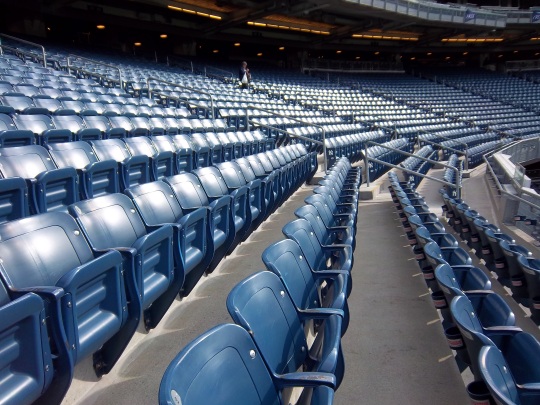 Nobody came close to reaching the 2nd deck, so I got Vidal Nuno’s attention (likely because I called his name instead of “HERE! HERE!”) and he hooked me up with my 1st ball of the day: 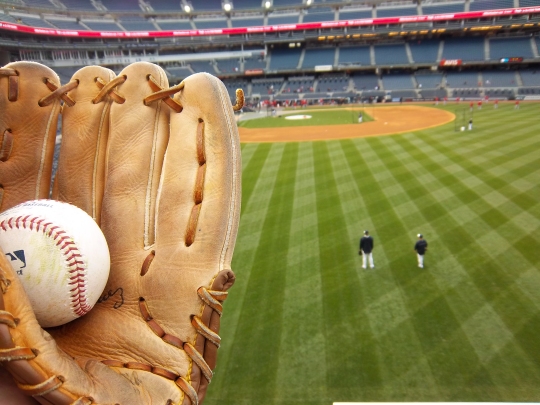 Take a look at the ball, notice anything? See the “CE”? Check it out”: 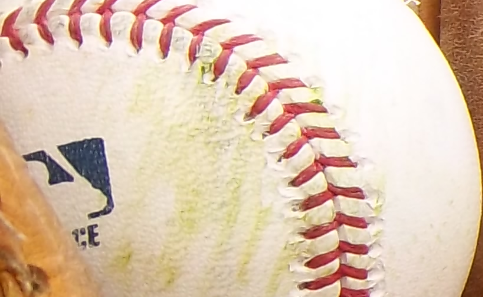 It was a “practice” ball. I haven’t seen one of those in about 2 years. I was glad after the fact I went up there, you’ll see why in a minute.

The Angels came out to hit: 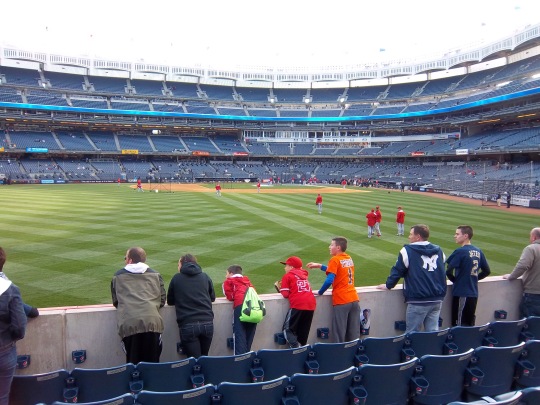 …and I came so close to making some on the fly catches. It was just too crowded towards the end.

I tried to get C.J. Wilson’s warm up ball pregame (which was a longshot), and came up empty. As for the game, I sat here which was a change of pace: 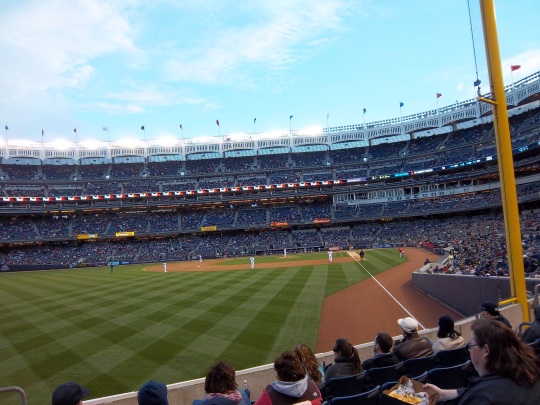 I chose to sit here because coming into the game, Albert Pujols was sitting on 498 career home runs. When I bought the tickets 2 weeks prior off of Groupon, he was projected to be at 499 for this game. So 2 was doable, especially at Yankee Stadium. I was also excited because if he hit one behind me, I wouldn’t really have a problem: 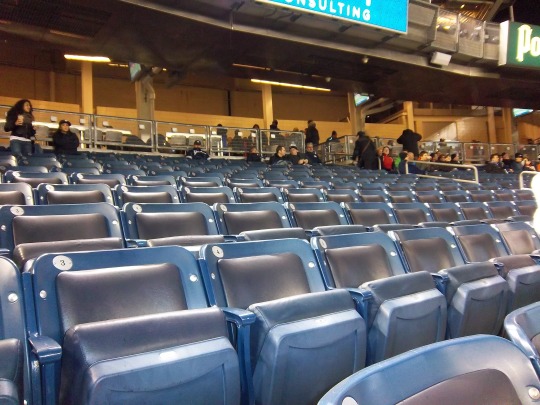 Pujols indeed homered that game, but only once. It landed two sections to my left. The Angels pounded the Yankees 13-1.

1 ball at this game