I was looking through some old pictures and was thrilled to find some old pictures of me at the old Yankee Stadium, and coincidentally, this was the last “game” I attended at the stadium (I was at the 2008 All-Star Game, but that is an interesting story for another day in a future post). Also, I’m sure you remember Natalie from earlier posts. This was actually one of our first dates, so that’s exciting as well. I’ll have to give her credit for tagging along with me to baseball games from the get go. It was her first (and last) time at Old Yankee. Believe it or not, I actually tried ballhawking at this game (with no glove). Here we go… 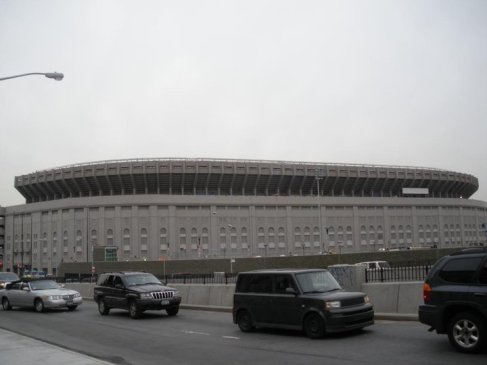 We entered at the home plate gate, and I saw this: 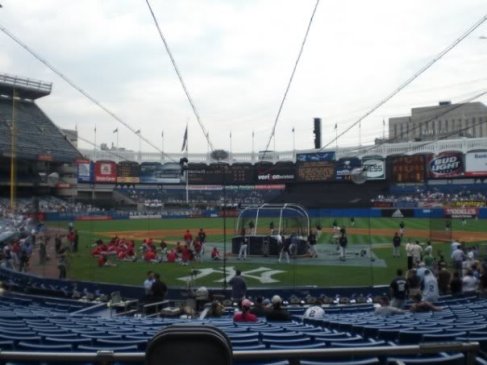 So batting practice was a go. Afterwards, we headed to right field… 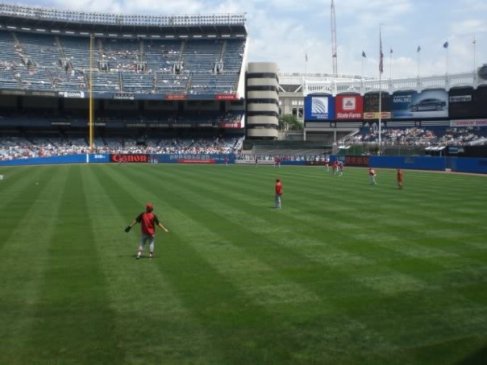 And hung out there for a little while. I knew that this was probably my last time there, so  I tried to savor every moment of it. It was such a historic place, and it was going to be gone forever. I can still remember it now. I took some artistic photos: 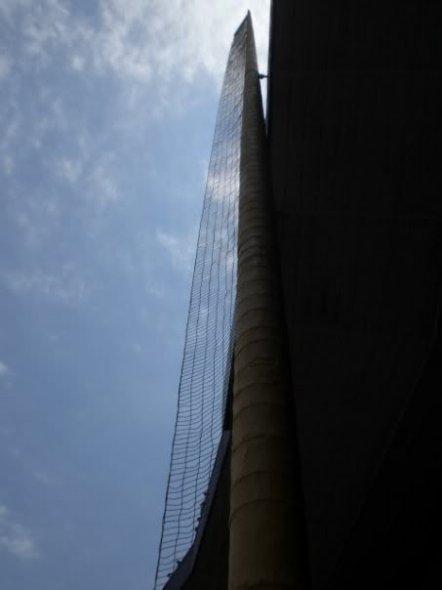 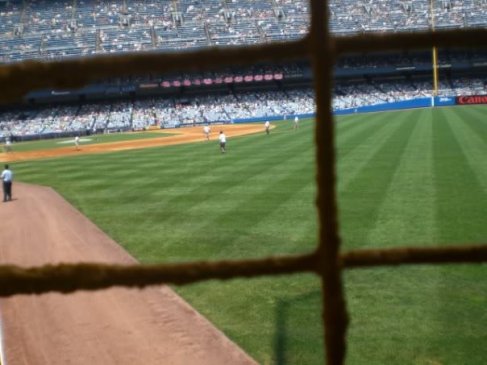 … and shortly afterwards I laid eyes on this: 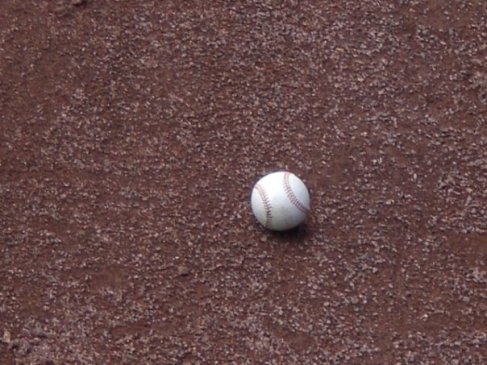 Oh come on. I had to have it! Of all people, Hall-of-Famer Ken Griffey, Jr. was walking over to me. At the the time, I had zero balls snagged in my life. What a name to get your first from, huh? So here he was:

But for some reason, he was too busy worrying about some kids cap who fell, so in the meantime, Gary Majewski ignored me:

… and threw the ball in the other direction.

After BP had ended, I headed up to my seats: 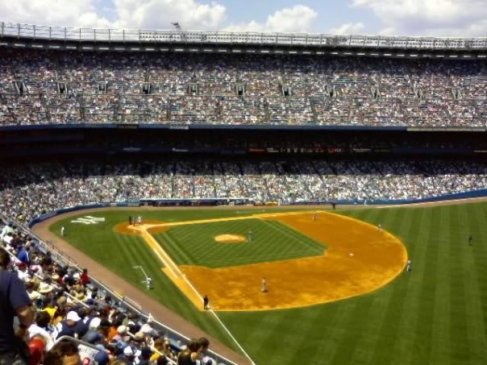 Like I said, I was just enjoying it while I could. Here was a view to my right:

And fittingly, the Reds beat Dan Geise (who? I remember. Do you?) and the Yankees 6-0: 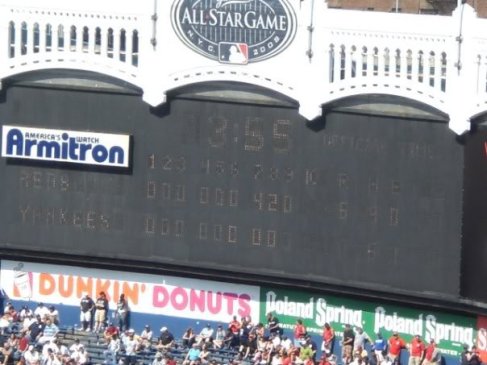 …at my last game ever. I discreetly scrounged together some pieces of concrete wall from the outside and some infield dirt before they tore it down, so I’ll always have a piece of the REAL Yankee Stadium forever.